Now reading: goals for the year: don't fall for your own tricks
Share
PrevNext 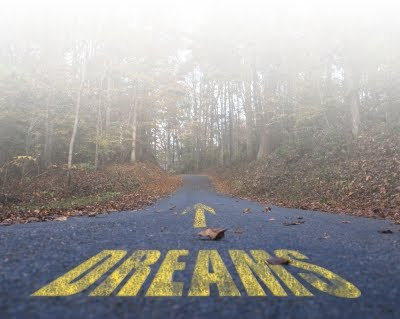 Picture above by Kenneth Cratty at www.freedigitalphotos.net.

I heard a lot of people talking throughout January about their resolutions. I heard a lot of other people talk about how they though resolutions were silly...why pretend you were going to change and make a usually brief stab at something, just to then forget about it again until next New Year?

I never make "resolutions". But I do set goals. What's the difference? There is absolutely nothing brief or fleeting about the stab I take at these. I print out a medley of pictures as a visual reminder for my walls. I make a mini-card version, and carry it in my wallet and purses. (When I go looking for lip balm or change, I remember that I wanted to sign up for Spanish!)

Is it that I just stick to these goals more than most? There's something to that--I am one very stubborn girl. I also, for reasons I have yet to figure out, seem to have a need to prove something to the world. I have spent a few years systematically attacking things in my life that scare me--from quitting smoking to building my business to learning to run and tackling my first half-marathon race. I did all these things because I am stubborn. I did all these things because I feel the need to show the world, and more importantly myself, that I can. I don't think for a minute that others can't do what I did--I haven't done anything all that crazy or remarkable. But I think a big part of why I manage to accomplish a fair amount of the things on my goal list every year, while others don't, boils down to one very simple thing:


I don't let myself be tricked into thinking it's ok to give up.

When it comes right down to it, you put those things on that list because they are what you want. Now I'm not saying it's easy, but I am saying it's logical--if you want it, you will pay the price for it. Want to lose 10 pounds? The price is dragging yourself to the gym. Want a bigger business? The price is pushing yourself way out of your comfort zone to keep new clients coming in. Want a happier relationship? The price is time and energy and being honest with yourself. So, do people just decide after a month or two that it's not worth paying the price? Actually, I believe the main problem is that people are just used to letting themselves off the hook. People are used to mediocrity, and we all encourage each other in it because it makes us feel better to know we're not alone. But I'm here to tell you--that's crap. Because here is the thing: no one is accountable for what you have in your life, except you. It's not anyone else's fault, or problem. If you want something, anything (money, time, happiness, fitness...) you're going to have to take it. You're going to have to pay the price.

back to the making