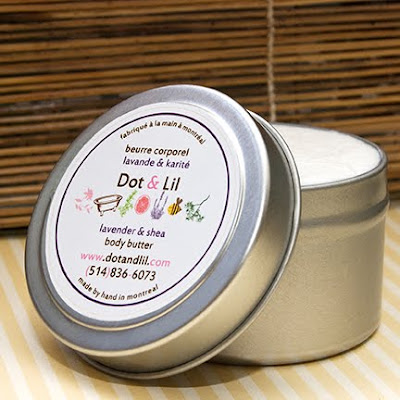 I've been using Dot & Lil body butter on my already summer-weary feet (I'm a flip-flop addict--not always the best thing for skin and nails.) It's working like a charm, but that's not just because I'm a creative genius who dreamed up a killer formula (well...that too!) Mainly, it's because all the Dot & Lil body butters are shea butter based. I'm not even exaggerating much when I say shea butter is basically a miraculous ingredient!

Basically, shea butter is skincare gold: ultra-rich and moisturizing, stable, a great barrier for the skin and a great carrier for other ingredients. And unlike gold, it does grow on trees! Or rather, shea nuts, Butyrospernum paradoxum, do. The shea fruit is edible, but mainly it's wanted for it's nut, or pit, which contains 45% to 60% oil. (Research Journal of Applied Sciences, Engineering and Technology 3(1): 22-25, 2011) Much the same process is used for mango, except that we do very much like the fruit from mangos! Dot & Lil uses mango butter in several products, too.

Studies (for example here) have shown that shea has anti-inflammatory activity. And here is a study from the British Journal of Clinical Pharmacology that even suggests that shea butter may be more effective than conventional treatments for nasal congestion! There's also some promising evidence that shea might be a favorable factor in heart health when ingested (like this study here.) It's shea butter's anti-oxidant a-tocopherol content that is likely responsible for it's many purported uses reducing free radicals (African Journal of Food, Agriculture, Nutrition and Development)

Shea butter moisturizes as well as it does because it creates a moisture barrier, sealing in all your skin's natural moisture. The same qualities make it a great choice for winter climates as well--it creates a barrier that protects your skin from wind and cold. Personally, shea is too rich for the skin on my face. But for everywhere else, it's amazing!

Overall, it's basically like having a skincare army. Go forth and moisturize!